The Left is serious about purging and imprisoning its enemies.  The Right is tied up in knots and incapable of doing the same.

Despite the weak evidence outlined in the indictment, this looks like a case of specific DOJ and FBI targeting of political voices.   The regime will not be opposed…

Brandon Straka was the founder of the #WalkAway movement.  He was also a key organizer for the Stop the Steal group during the January 6th political protest in Washington DC. 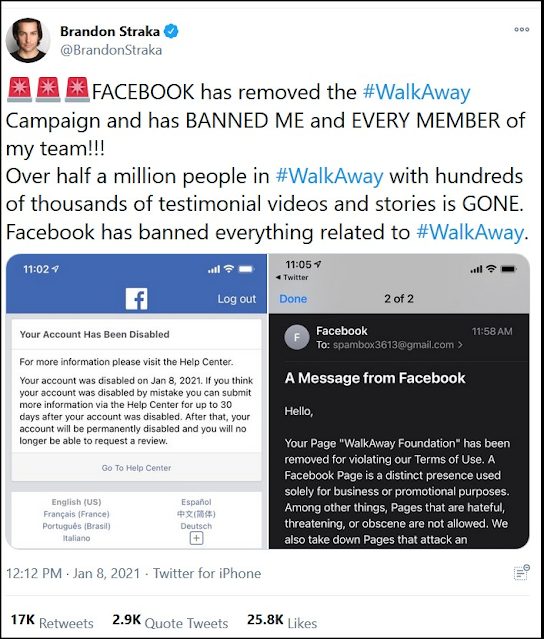 Posted by Moneyrunner at 6:47 AM