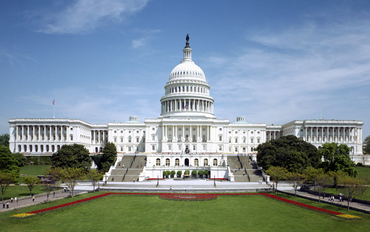 The indispensable Mark Steyn brings clarity to the fake Congress...

As I said earlier, I find myself at odds with virtually the entire politico-media class in my reaction to the "storming" of the US Capitol. As I put it:

The political class (represented by a Speaker who flies home to San Francisco on her own government plane) has been largely insulated from the pathologies they have loosed upon the land. For a few hours yesterday they weren't.

In a self-governing republic of citizen-legislators, that ought to be sobering and instructive. But, of course, it wasn't. Still, I was surprised that even politicians and pundits could utter all that eyewash about "the citadel of democracy" and "a light to the world" with a straight face. It's a citadel of crap, and the lights went out long ago: ask anyone who needs that $600 "relief".

I despise the United States Congress, and not merely for the weeks I had to spend there during the Clinton impeachment trial: My contempt pre-dates that circus. It dates to the moment I first realized, as a recent arrival to this land, that when Dick Durbin or some such is giving some overwrought speech on a burning issue he is speaking to an entirely empty chamber - because there are no debates, because most of these over-entouraged Emirs of Incumbistan are entirely incapable of debate: See, inter alia, Ed Markey.

But the fact that they might as well be orating in front of the bathroom mirror isn't why I despise it. It's that the American media go along with the racket, and there's only the one pool camera with the fixed tight shot so that you can't see the joint is deserted and the guy is talking to himself. The wanker press is so protective of its politicians that it's happy to give the impression that a boob like Markey is Cromwell in the Long Parliament.

I have never seen such rubbish in the House of Commons at Ottawa or Westminster or their equivalents around the Commonwealth - and it's a charade in which the media are all-in.

So it's a Potemkin parliament.

Posted by Moneyrunner at 7:09 AM

This is perhaps the most depressing thing about our government, and it is a very long list of things to be depressed about.