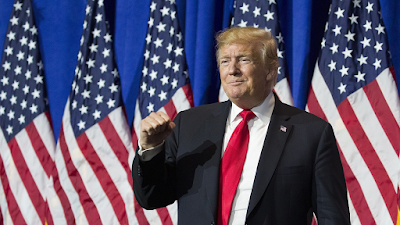 A month before the 2016 U.S. election, author and “futurist” Lance Wallnau released a book entitled God’s Chaos Candidate. In this book, Wallnau went against the odds and almost every poll and pundit to correctly predict Donald Trump as the next president.

This was an unusual prediction, given that many other Republican candidates were evangelical Christians, as is Wallnau himself. Indeed, Lance Wallnau was one of only three evangelical leaders to accurately predict Trump’s victory from the moment he began his campaign.

The reason Wallnau wrote his book was because in 2015, he began hearing unusual phrases in his spirit about the upcoming election. He was at first skeptical, holding to the biblical injunction to “test the spirits to see if they are from God”. But the phrases kept coming.

“Donald Trump will be the next president.”

“Donald Trump is a wrecking-ball to the spirit of political correctness.”

“You will see Trump Derangement Syndrome in the media.”

“The next president of the United States will be an Isaiah 45 president.”

This word about Isaiah 45 was especially specific and unusual. Wallnau went to Google to check which number president Obama was: he was the 44th.

Wallnau then opened Isaiah chapter 45, and read about King Cyrus.