Donald Trump’s ‘they’re after you’ tweet says it all: Goodwin 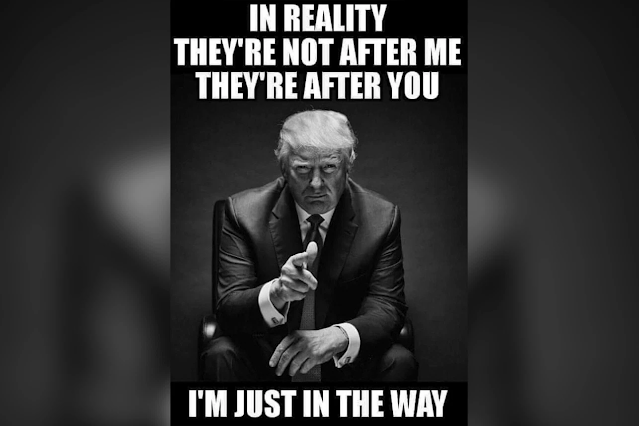 On its face, a tweet President Trump sent last week is fairly benign. It doesn’t mock anyone, isn’t personally nasty and hasn’t caused any hair-on-fire controversy.

Yet it is powerful in its own way, for it artfully sums up the Trump era from the perspective of the president and his supporters. With a likeness to the Uncle Sam “I want you” poster, the disrupter-in-chief reaffirms in 14 words the belief of Trump Nation that the political establishment, the media, the permanent bureaucracy and yes, the deep state are trying to crush him and them.

The president tweeted the image the day House Democrats voted to impeach him, and hours after his raucous rally in Michigan that evening.

The tweet included no added comment because none was needed. The message is clear: I am all that stands between you and the barbarians at the gate. If I fall, you are next.

Posted by Moneyrunner at 7:11 AM