Do you ever wonder why the China virus is having such a big effect on the country if we have the brilliant Dr. Fauci leading the fight against it?

I was relieved when I first saw Fauci on TV -- sometime in March 2020 -- thinking dimly to myself, for the millionth time, "Ah, an adult in the room." Amid a ceaseless current of chaos and grief, Fauci�s egoless display of competence, his grandfatherly warmth and irony, were ports in a storm.

But a comforting bedside manner has done little to mitigate catastrophe. Over 400,000 Americans are dead, twice as many as any other country. Infections, hospitalizations, and deaths are currently at record highs. And although we have a vaccine, the rollout has already been stymied by a dearth of resources and coordination. As one public health expert told The New York Times on January 17, our pandemic response has been "a colossal failure at every level of government." And herein lies a paradox. America is suffering from a disease outbreak whose morbid scope is the consequence of world-historic negligence. We are desperately and needlessly sick. And yet, the man known as "America's Doctor," the undisputed personification of public health research and pandemic preparedness, faces no reputational consequences. On the contrary, Dr. Fauci remains one of our most beloved public figures.

Dr. Fauci has been lying to the public for decades. 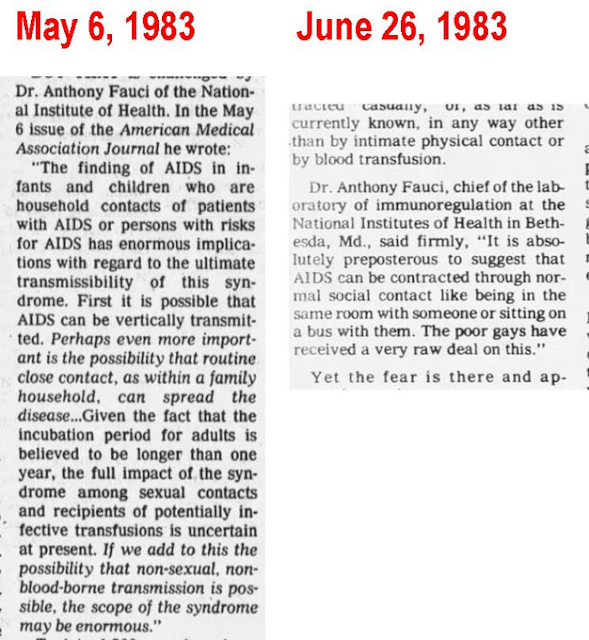 Posted by Moneyrunner at 7:29 AM