How Many Other Andrew Cuomos Are Elites Covering For? 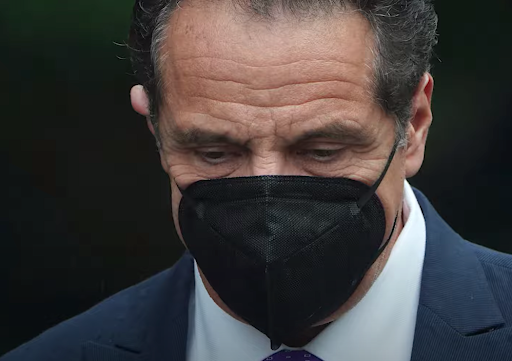 Despite the reason for Cuomo’s shameful exit, however, the worst of his sins (that we know of) wasn’t actually getting frisky with his young assistants. It was trapping thousands of vulnerable grandparents in nursing homes to be ravaged by a deadly virus and then trying to cover it up, a sin the corrupt media blatantly ignored.

While we don’t know how many sexual predators the media is covering for at the moment, we know without a doubt there are other Democrat governors and bureaucrats who instituted the same murderous nursing home mandates. They’re still in power, shielded by a media that puffs itself up as a brave class of warriors willing to “speak truth to power.” Meanwhile, that media is wholly uninterested in asking Govs. Gretchen Whitmer, Gavin Newsom, Phil Murphy, Tim Walz, or Tom Murphy, or former Pennsylvania Health Secretary Rachel Levine any questions about preventable nursing home deaths.

In fact, while the press opted not to ask Levine about why he removed his own mother from a care facility to protect her while relegating other people’s loved ones to COVID-infested nursing homes where more than 12,000 died, Levine was poached by Biden and promoted to be the assistant health secretary of the entire country.

Where was the media for Levine? For Whitmer, Kennedy, Biden, Weinstein, and Epstein? The same place it was for Cuomo. It played the part of cheerleader instead of investigator or reporter, and it enabled a powerful man to exploit women and elderly people for personal pleasure and political points.