Scaled back? Not so much! Obama's 60th birthday bash looks anything but intimate as massive tents dwarf the mansion 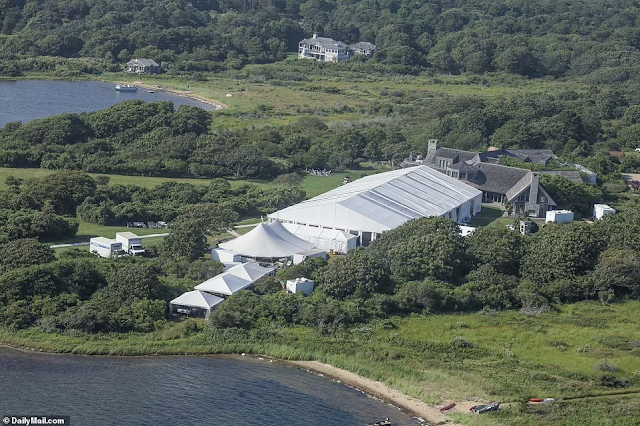 This is how America's Ruling Class lives.