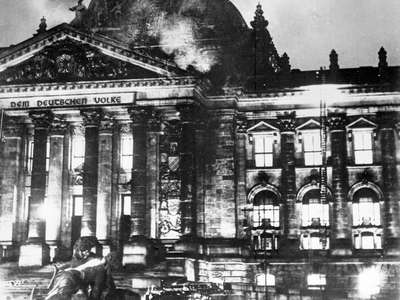 On January 6th 2021, hundred of thousands of President Trump's supporters came to Washington DC to protest what they believe to be a stolen election.

Hundreds drifted over to the Capitol to protest.  Many were “tourists” who sauntered in after barriers were removed and police let them in, taking "selfies" and carrying flags.  A smaller number engaged in riotous acts, fighting police and breaking doors and windows.

The Capital was cleared after several hours and the Senate confirmed the election.

Press and other members of the Democrat Party called what happened at the Capitol it an insurrection.

Half the country now views January 6th as a plot to overthrow the government.

The FBI arrested over 500 people for entering the Capital on January 6th.  Most have been held in jail without bail.

Three "Militias": Oath Keepers, the Proud Boys, and the Three Percenters were labeled responsible for planning and executing the Capitol attack.

FBI claims that they were unaware of an attempt by Militias to break into the Capital.  They claimed to be totally unprepared and that's the reason that more police or military support to protect the Capitol was denied.

Revolver News publishes a series of articles that makes this highly unlikely.

There is a great similarity between the Michigan “Plot to Kidnap Governor Whitmer” and the riot on January 6th.

The Michigan plot was aided and abetted by FBI informants who infiltrated the militia groups – often in leadership positions - even before this plot was hatched.  It now appears that the plot was largely hatched by the FBI.

Revolver News uses DOJ transcripts and indictments to show that many of the leaders of the so-called “insurrection” – those who directed, organized, and paid for many of the activities were not indicted and their identities were hidden. They escaped arrest and imprisonment even though they were more guilty – and had much more to do with plotting violence - as those who were arrested, indicted and imprisoned.

If it turns out that an extraordinary percentage of the members of these groups involved in planning and executing the Capitol Siege were federal informants or undercover operatives, the implications would be nothing short of staggering. This would be far worse than the already bad situation of the government knowing about the possibility of violence and doing nothing. Instead, this would imply that elements of the federal government were active instigators in the most egregious and spectacular aspects of 1/6, amounting to a monumental entrapment scheme used as a pretext to imprison otherwise harmless protestors at the Capitol — and in a much larger sense used to frame the entire MAGA movement as potential domestic terrorists.

Why did the FBI suddenly change its position?  Rather than take this a win, Conservatives need to press for the full exposure of the role of the FBI in this plot to smear Trump supporters.   To expose the frame of the MAGA movement.

The riot on January 6th is beginning to resemble the Reichstag Fire which was used by the Nazis to install a dictatorship.   In a similar way, the Left has used January 6th as a way of smearing anyone who supports Donald Trump.  Nancy Pelosi is using it to pass legislation that will install the Democrats in power by changing the election laws.

Posted by Moneyrunner at 4:40 PM