Who Ya Gonna Believe? 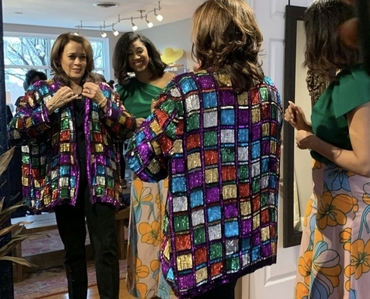 ~No nation has venerated its public health bureaucracy with more extravagant prostrations than the United Kingdom. Are they still holding their weekly "Clap for Carers" or whatever it's called? Is the preferred modification of the national anthem to "God Save Our NHS" still sung? The people clap for their carers, but do the carers care for their clappers? ...

For the first 43 minutes after the bomb [at the Ariana Grande concert in Manchester] there was only one paramedic in the City Room and he initially triaged but did not treat any patients. The fire service delayed for more than two hours before their officers went in and by the time they did so, the injured and dying had been removed from the City Room on makeshift stretchers made from advertising hoardings and crowd control barriers.

It was an hour and eight minutes before Bradley Hurley, the last casualty, was taken out of the foyer, suffering from two broken legs, having seen his sister, Megan, pass away next to him. As soon as he was at the bottom of the stairs he was put down again, and there he stayed for another three hours waiting for an ambulance.

~Perhaps you're wondering why some observations on the Ariana Grande bloodbath started out with Kamala's poll numbers. Well, the distinguishing feature of these last eighteen months is the ruling class's conviction that it can defy reality - and impose delusion in place of that reality. To Mrs Thatcher's famous line that "the facts of life are conservative", the woke elites respond: Who cares? All the romance of life is woke, and that's what counts.

Kamala, for example, is total crap as a politician: I thought she was quite cute in that wacky Rubik's Cube outfit (see above), but then she starts cackling and pandering, and you think, "She's rubbish, isn't she?" She has no ability whatsoever to connect with people. I'm not making a partisan point here: Mitt Romney suffered from the same defect. As indeed do I, whenever your effete rootless cosmopolitan host walks into a sports bar in Alabama: it is well to know one's limitations in such circumstances. But Kamala doesn't connect with anyone, starting with her own staff.

Yet whoever's running the United States government (the Chi-Coms, Obama, the Davos crowd, Blofeld, you name it) doesn't care a jot or tittle. They picked her to be "the first black vice president", despite the reality of her inability to connect, and even though, as merely this season's British subject (the child of Jamaican and Indian immigrants, raised in Montreal), she has even less to do with the black American experience than Obama.

Because they figure reality is irrelevant. The myth, the heartwarming narrative, will keep the press on side - and the reality of a cold, cackling, third-rate incompetent will never break through the surface gloss of her glass-ceiling-shattering "diversity".

Posted by Moneyrunner at 7:07 AM