Performance Art with No Performers 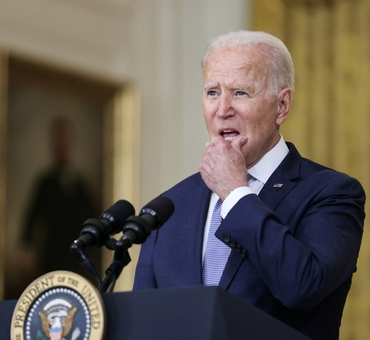 Mark Stey skewers the posers in Washinton as no one can.  Some excerpts:

Until January 6th, the highlight of Michael Byrd's "law-enforcement" career was leaving his loaded Glock in a congressional men's room and paying no price. He "serves" with the grotesquely misnamed "Capitol Police", which is not a police department but a praetorian guard - a personal security team for the praetors of Congress. Lieutenant Byrd shot and killed Ashli Babbitt, a 5'2" unarmed woman, because "she was posing a threat to the US House of Representatives".

All that has been known for months by anyone who wanted to know. The only real news in NBC's Byrd exclusive was the level of his self-congratulation:

I believe I showed the utmost courage on January 6.

America is a land that tends to the utmost in all things. At the end of the nineteenth century, Bernard Shaw popularized the term "chocolate soldier" - the dashing hussar who is useless in battle but looks good in a uniform. We have the tutti-frutti generals: Thoroughly Modern Milley and his chums, whose diversity ribbons from shoulder to scrotum advertise their own utmostness even as they explain why everything going wrong merely demonstrates how everything is going right.

The tutti-frutti generals report to the ice-cream commander-in-chief melting all over the lectern every afternoon.

Until the "fortified" US election of 2020, it was one of the most reliable political axioms that something beats nothing. But, doing Soviet decay on an American budget, whoever's running the Democrats spent two years and a bazillion dollars installing their particular nothing. At the end of Biden's presser, when he slumped over the microphone during Peter Doocy's question, I almost felt for poor ol' Joe: Is there no DC shyster willing to take him on as a wizened Britney and sue Dr Jill for being an abusive conservatrix?

Incidentally, had you heard any of these networks mention "Isis-K" until this week? Now it's the Delta Variant of jihad, and every correspondent is an instant expert on the implacable hostility between the K variant and the Talibs.

Christmas has come early for Washington's enemies. Literally. Kackling Kamala Harris was dispatched to Singapore to assure our allies that the hyperpower was not a complete laughingstock. Instead, she told her hosts that it's beginning to look a lot like Christmas is as kaput as the Karzai International gift shop:

'If you want to have Christmas toys for your children, it might now be might be the time to start buying them, because the delay may be many, many months,' she said.

someone needs to say it to Kamala and Joe and Nancy and Thoroughly Modern Milley, Tailspin Taylor, Darth Plexi-Visor and all the rest. America has ceded global dominance to dark forces that nevertheless have an existential advantage: they are real, and animated by reality; we are utterly, contemptibly fake, warning of rising sea levels at Santa's Grotto as halfwit goatherds blow us to kingdom come.

Posted by Moneyrunner at 7:35 AM