Cutting to the Chase: Why Trump Was Driven from Office 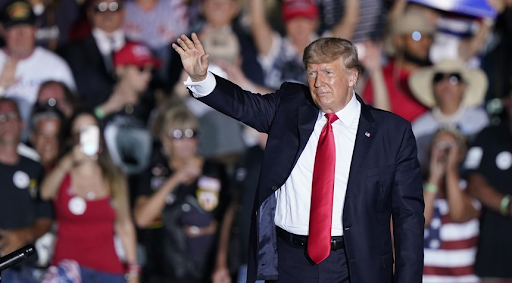 There were essentially three called strikes against him, all that was needed to count him out.

He was not “presidential.” He was considered crude in speech, rough-hewn in manner, and given over to bluster and hyperbole unbefitting the highest office in the land. For these transgressions, he could not be forgiven.

He was an outsider, the first president in American history with no military or political experience. He was not a politician, a general, a lawyer, or a holder of public office. He was never a member of the Beltway club, whether Republicrats or Democrats. He was not followed by a train of professional lobbyists, owed no political debts, did not accept a salary, and did not enrich himself when in power. For these transgressions, he could not be forgiven.

He was competent and proudly patriotic. He put America first, cutting taxes, renegotiating bad trade deals to the nation’s advantage, reducing a red-tape regulatory nightmare, making the country energy-independent and a net exporter of energy, rebuilding the military, defending the southern border, re-establishing global prominence, and connecting with the commons. For such transgressions, he could not be forgiven....

In plain language, resident complexities and interpretative assessments aside, Trump was a true president: forthright, unbeholden, and effective. From the point of view of America’s “ruling class”—entrenched political parasites, so-called “opinion leaders,” media collaborators, and wealthy oligarchs—such attributes are high crimes and misdemeanors for which the chosen culprit must be made to pay. There can be no absolution. He upset the apple cart. He fractured and exposed the inner circle. He offended the elites. And now he may even be planning his return. As if in a parody of the Book of Amos (2:4), whether for three transgressions or for four, Trump remains anathema for rejecting the law of the lords that be.

And the Real Americans still love and will follow him which scares the Washington to no end.