Study Finds 92% Of Taliban Are Happy They Voted For Biden 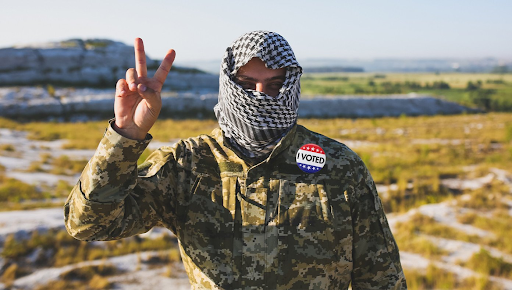 KABUL—According to a survey conducted by local media in Taliban-controlled Kabul, 92% of Taliban fighters are very thankful they decided to vote for Biden in the 2020 election.

"Of course I voted for Biden! Didn't everyone around here?" said Abdul Mohammed Mohammed Abdul Mohammed, a local infantry warrior who just finished storming the capital. "It was very easy. The American soldiers were just leaving garbage bags full of absentee ballots around, so we just filled them out and sent them back! Allah be praised!"

There is wide agreement among the Taliban that Biden was the right man for the job—that job being to give up the country of Afghanistan and let the Taliban take it over without a fight.

"Yes, we like Biden very much around here, and even his henchwoman, Kamil Harris," said another local militant.

The Taliban reports being in very good spirits after taking over an entire country in one day, and are looking forward to voting in America's 2022 election.

Posted by Moneyrunner at 6:09 AM